Established in 1918 by BAT Brasil, the Integrated Tobacco Production System (Sistema Integrado de Produção de Tabaco - SIPT) became a benchmark in the country’s household agribusiness, being currently used by several other production sectors in Brazil and in the world. This system of partnership with the tobacco producers consists of the supply of the seeds (developed in the research center of the Company) and the necessary inputs for the installation and development of free farming and technical assistance in all the phases of the culture until commercialization, when the producer knows for sure that he will sell everything he contracted for. 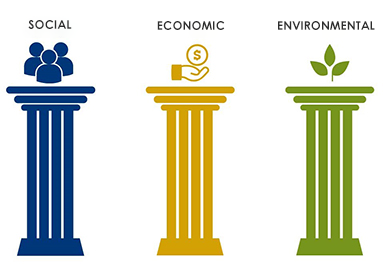 This partnership enables the producers to have access to technologies developed by BAT Brasil, allowing them to obtain more quality, productivity and profitability. Other advantages include the closeness of BAT Brasil with rural communities, allowing partnerships and investments of an environmental and social nature, contribution to the reduction of the rural exodus and the diversification of rural property with other activities, such as, for instance, corn and beans after tobacco. The prospects for the future point to the continuous improvement of this system, making tobacco production even more sustainable. Thus, the Sustainable Rural Producer Platform was designed in order to contribute to the sustainability of Rural Producer and of the Integrated Production System. The platform is divided into three pillars: economic, social and environmental.